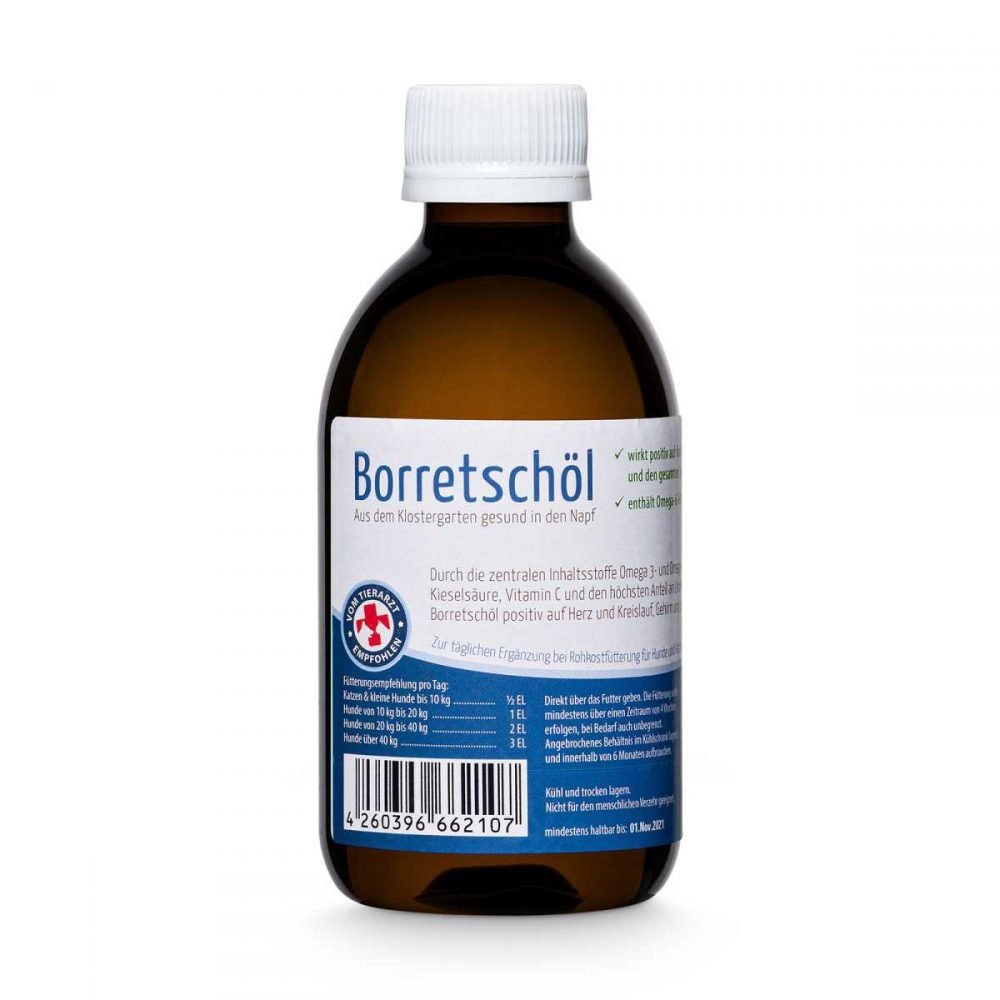 From the monastery garden healthy into the food bowl
As early as the Middle Ages, borage oil was popular in monastery gardens as a medicinal plant and spice in the form of kukumer or cucumber seeds. Originally, the plant with the distinctive taste of cucumber comes from the Mediterranean region, but borage oil very quickly found a place in households in other parts of the world as well.

A tried and tested remedy for all situations
Thanks to its central ingredients such as omega-3 and omega-6 fatty acids, essential oils, silicic acid, vitamin C and the highest proportion of γ linolenic acid (GLA) among the oils, borage oil has a positive effect on the heart and circulation, skin and coat, brain and the entire metabolism. Borage oil is also said to have a soothing effect on inflammation and swelling in the joints.

A remedy for allergies
Due to its high content of GLA, borage oil is a helpful supplement for allergies. γ linolenic acid is an important component of the skin and contributes to the formation of tissue hormones, which in turn have anti-inflammatory and anti-itching properties. GLA can also lower blood pressure, reduce blood clots, relieve eczema and reduce abnormal cell development (e.g. cancer).

Keep the opened container in the fridge and use it up within 6 months.

Be the first to write your review !

We have received your review and we will check it.

j
Since it is a natural product, the analyzes can be subject to fluctuations.
Our Bestsellers 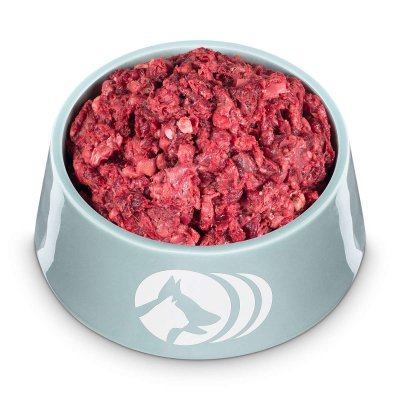 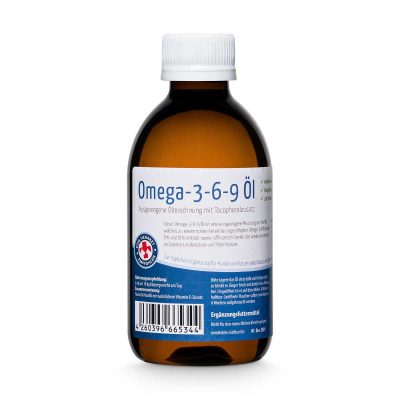 Our omega-3-6-9 oil provides your pet with all essential fatty acids in a ... 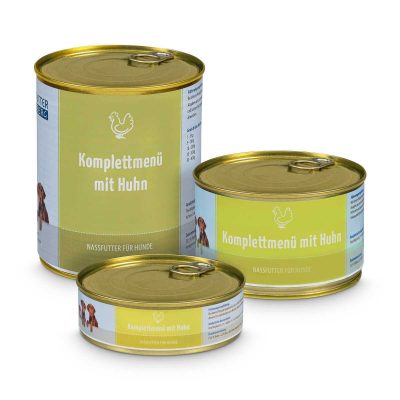 The Wet Food-Complete Menu with chicken contains a lot of lean chicken com... 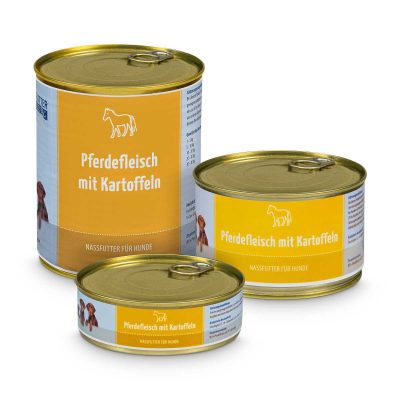 Easily digestible and very tasty: our wet food menu made from horse meat a...

To the BARF shop for cats