From the monastery garden healthy into the food bowl
As early as the Middle Ages, borage oil was popular in monastery gardens as a medicinal plant and spice in the form of kukumer or cucumber seeds. Originally, the plant with the distinctive taste of cucumber comes from the Mediterranean region, but borage oil very quickly found a place in households in other parts of the world as well.

A tried and tested remedy for all situations
Thanks to its central ingredients such as omega-3 and omega-6 fatty acids, essential oils, silicic acid, vitamin C and the highest proportion of γ linolenic acid (GLA) among the oils, borage oil has a positive effect on the heart and circulation, skin and coat, brain and the entire metabolism. Borage oil is also said to have a soothing effect on inflammation and swelling in the joints.

Keep the opened container in the fridge and use it up within 6 months.

No customer comments for the moment. 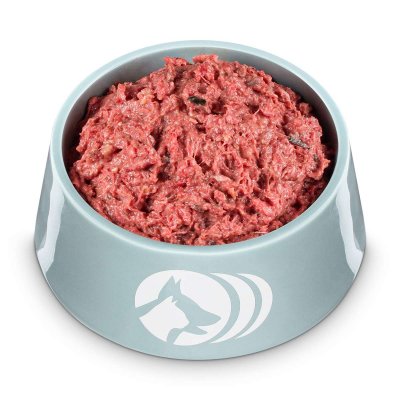 Fish chicken mix is a unique pleasure benefitting skin, fur and heart. Due...

Supplies your darling with important nutrients for a healthy immune system...

The culinary Christmas feast for your four-legged friend is assured, becau...

To the BARF shop for cats